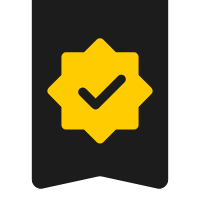 Reproduction of the building in Prinsengracht 263, Amsterdam, where the young Jewish Anne Frank hid with her family, the Van Pels and Fritz Pfeffer from the Nazis. They remained in this hiding place from July 6, 1942 to August 4, 1944. During those two long years Anne wrote her diary. The illegal immigrants are betrayed and arrested by the Nazis. Anne and her family end up in the Auschwitz-Birkenau extermination camp, but she dies of typhus after being moved to the Bergen Belsen camp. The only one to return safe will be father Otto and in '47 he decides to publish his daughter's diary.

Ground floor: the company's warehouse - first floor: office with kitchen and toilet - second floor: the landing with the revolving bookcase and the house with bathroom where the Franks and Pfeffers are hiding - third floor: the Van Pels' hideout - at the top the attic.

The exterior, on the ground floor the warehouse, the three floors and the attic
The Anne Frank house of refuge in Amsterdam has become a museum and allows you to relive the history of the Second World War through the eyes of the 15-year-old deported to the extermination camps in 1944
the secret attic

Third floor: Peter's room. He is the son of the Van Pels and in the secret hiding place he is the only one who has a "room" of his own
From Anne's diary: "His room, ... what is it really? It's just a kind of landing to go to the attic, very small, dark and damp, but he made it into a real room"... "A small passage room will become Peter's apartment"...
The staircase in his room leads to the attic which serves as a pantry but not only
Anne and Peter often go up to the highest point of the house, it is the only place where they can be alone and there, between the two, "something" will be born to the point that Anne will receive her first kiss.

The Van Pels room with kitchen and living room for all illegal immigrants. I Van Pels (Anne in her diary calls them Van Daan): Hermann, August and the young Peter
From diary: "If you go up the ladder and open the door at the top, you will be amazed that in such an old house along the canal there can be such a large and bright room. In this room there is a gas stove (due to the fact that until now the room served as a laboratory) and a sink...
...It is now the kitchen and at the same time the bedroom of the Van Pels spouses, as well as a dining, living and working room"...
From diary: "We try to pass the time with the most incredible things. We solve all kinds of riddles, we do gymnastics in the dark, we talk to each other in English or French, we criticize books. But in the long run, everything gets boring." (November 28, 1942)
The attic - Anne and Peter often go up to the highest point of the house, it is the only place where they can be alone and there, between the two, "something" will be born to the point that Anne will receive her first kiss.
Saturday evening March 18 Anna goes to Peter's again. "He was standing to the left of the window, and I went to the right. It was much easier to talk to each other in the dim light, by the window, than in full light, and I think Peter was of the same opinion...
...We told each other so many things, so incredibly many that I can't repeat them all, but it was pleasant, the best evening I've ever spent in the secret annex. "
In her diary, she writes: "Dear Kitty, do you think Mom and Dad would approve of a seventeen-and-a-half-year-old boy kissing a nearly fifteen-year-old girl on a couch? just trust myself...
...I feel so safe and secure lying dreaming in his arms, it's so exciting to feel his cheek against mine, it's so delicious to know someone is waiting for me. " (April 17, 1944)
One night she seems to hear a thief up in the attic, where the food is stored. Nobody takes it seriously. But a couple of days later, the whole Van Daan family wakes up to the din.
From diary: "Peter went to look with a flashlight, and ... trrrì What was running away? A large number of big rats! Once we figured out who the thieves were, we made Mouschi (the cat) sleep in the attic, and the unwanted guests never showed up again. , at least at night. " (March 10, 1943)

From Anne's diary: "Sst ... shut up dad Otto, sst ... come on, you can no longer let the water flow. Do not make noise! These are the recommendations that are made to dad when he is in the bathroom. At half past eight he must be in the room...
... Not a drop of water, the toilet is not used, not a step, total silence"...
The bathroom: Even the bathroom becomes a problem when you are hiding in a house. Anne and the others in the daytime must avoid using it. The water pipes and the toilet drain pass through the warehouse Better not to be heard by the workers ... they could get suspicious.

First floor: the office of the company with toilet and kitchen
From Anne's Diary: "At the top of the staircase you reach a frosted glass door, on which is written "Office""... "You can also enter Kraler's office from the corridor, but only through a glass door that opens from the inside and not from the outside"...
the office bathroom

the landing with the revolving bookcase leading to the hiding place
From the offices on the first floor with a wooden ladder you go up to the second floor where there is a landing
The door that hides the revolving bookcase. From diary: "No one would suspect that many rooms are hidden behind this simple gray door"...

The Frank's and, later, Fritz Pfeffer's quarters
Otto Frank helps and questions the kids about the day's lesson. None of them want to be left behind with school, hoping to be back soon. Also, Anna reads all the books Miep brings her, and learns shorthand
Kitty, Anne's diary. On her thirteenth birthday, June 12, 1942, Anna receives her diary from her father as a gift. Two days later she starts writing.
The Frank: Otto Heinrich, Edith Frank Holländer, Margot Betti, Annelies Marie Frank (Francoforte sul Meno, 12 giugno 1929).
From diary: "But why don't you take an example from your lovely little sister? ' Ah, how I hate him! "
From diary: "We are so silent that we look like little mice. Who would have thought, three months ago, that 'Anna quicksilver' had to and could be so quiet for hours and hours?"
From diary: "on the left, a small corridor leads to a room which should become the bedroom and living room of the Frank's"...
Anna feels very lonely and misunderstood. She now she really she can only confide in her diary.
But even for Anna the "new life" is not easy. She has lost everything: friends, girlfriends, school, freedom ... she Sometimes she responds badly and rebels. She often cries at night. But in the daytime her cheerful disposition comes back to life, and she acts briskly trying to keep herself busy...
...He takes care of everything and everyone and always has a ready answer. But Mr. and Mrs. Van Pels only find her a sassy and rude child. With her mother she does not get along very well. Margot often gets annoyed with her, and Peter is also of little help to her.
But what does Anna do to spend the long hours of the day? She especially she studies the many school books she has brought with her. Margot and Peter also spend a lot of time hunched over their school books
From diary: "Margot and Peter certainly cannot be called 'young', they are so boring and silent. I am always terribly at odds with them, and I hear myself over and over again: 'Margot and Peter don't behave like that at all!"...
On Tuesday, November 10, 1942, Anna learns that another person will be joining them. "We have always thought that there is enough space and food here for even an eighth refugee"... Fritz Pfeffer, whom Anne renames Albert Dussel, the Frank family has known for a couple of years...
...Anne will have to share her room with him while Margot goes to sleep in her parents' room. Anna's opinion of Albert Dussel changes over time: "he has become the most antiquated of educators and preaches an infinite series of good manners. (November 28, 1942)
Anne wrote the last entry in her diary on 1 August 1944.
On 4 August, between ten and ten thirty in the morning, the German police storm the house. The secret quarters are discovered. Refugees have been betrayed.
Pics of Anne and Margot

This interior design idea has been featured in Homestyler Gallery under the following tags: